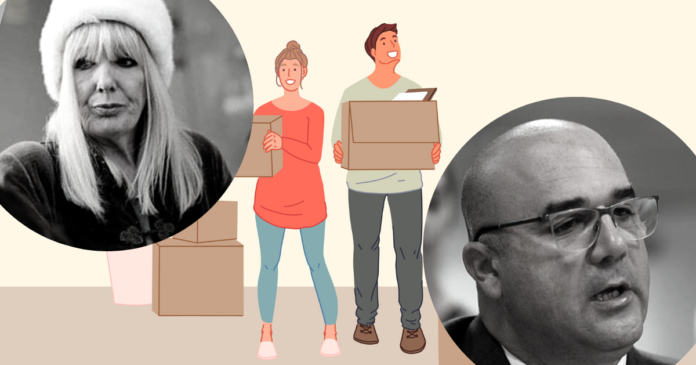 The new rental regulations are about to bring 8 major changes to the rental market.

Remember the good old days when renting a 2 bedroom apartment cost around €400 per month?

The rental market in Malta is no longer that friendly to most wage-earners in Malta, and this is a sentiment shared by Maltese locals and expats alike. For years, Malta has been experiencing a property boom stimulated by a constant influx of foreign workers. Thanks to this boon, the rental market now has an army of gainfully employed local real estate agents, but the rental market’s growth has also exposed some major flaws in its design.

To correct this, the government has rolled out a number of reforms to the rental market. The new changes have attracted both praise and criticism. The Malta Developer’s Association, for example, is planning to launch a sustained campaign in order to appeal some of the reforms.

On the other hand, the majority of commentators on online media pages felt the changes were justified, asserting that these laws have been in place in other countries for decades. We asked Patricia Graham, local activist assisting tenants, to work with us for this article, so you’ll be reading her comments about some of the new regulations as we go through them.

Change #1: Landlords can only increase rent prices by a maximum of 5% per year

An overwhelming majority will welcome this change for obvious reasons, and the numbers make a strong case for it. A report commissioned by the Malta Developers Association shows that the average rental prices in Malta rose by roughly 47 per cent between 2013 and 2016 (€554 to €814).

The average wage in Malta stands just under €1,100 a month. That means workers are giving a big chunk of their wages to their landlords.

Meanwhile, a review by a European Union agency, Eurofound, showed that Malta’s minimum wage increased by only two percent in a year, going up from €762 a month in 2019 to €777 in 2020. This means that, for most workers,

The constant hikes in prices managed to hit even employees in the igaming sector, who tend to get a higher wage than employees at local companies. Last September, the head of the main association of gaming companies Enrico Bradamante warned Malta’s sky-high rent costs have outpaced the salaries of a large chunk of gaming industry employees. Just one month later Yggdrasil, an online gaming company announced that it will close its Malta studio and move operations to Poland.

Change #2: If you’re a tenant with a problem, you won’t need to go to court and pay legal fees

As part of the reform, a new adjudicating panel for private residential rentals will be created. Composed of legal and technical experts, the panel will be able to hear claims relating to deposits or maintenance fees that amount to up to €5,000.

The claims can be submitted in writing and will be decided by the panel there and then unless it deems it necessary to summon specific individuals. Should this be the case, the claim will be resolved within five working days from the last submission of evidence.

About this, Patricia told us: “I am just so tired of wealthy landlords threatening legal action knowing my tenants can’t even consider that sort of thing [paying for legal fees] so these landlords get away with everything.”

“I am 100% for the rent regulation”, Patricia explained to us, “as I have said before, the rent regulations are what the good Landlords have been doing for years. My only issue with the rent regulations is that I wish it had covered all contracts and if not that then get the Tribunal up and running for ALL current issues. Right now only tenants who have contracts signed in 2020 and ending 2021+ can use the tribunal. Anyone else must go to courts, for most tenants, courts are way too time-consuming and expensive to consider. I am not sure why the smaller landlords have problems because it seems to me they are more protected now, in that if they have damage or a tenant is not paying, instead of waiting 6 months for Court proceedings, the Tribunal can resolve the issues quickly.”

There is a property that I did a check out on a couple of days ago. Despite keeping the place spotless, the tenants had been issued a €1200 bill for causing mould by not keeping windows open. They were then told to pay €250 immediately or they would be kicked out.

I later also found out that the landlord didn’t actually hire anyone to treat and paint the mould, and the tenants had to clean it up themselves. The tenants already had to pay out for a new boiler. They also had to replace all of the pots and pans.

They have lived with this for over a year. That family can’t go to court, and because their contract doesn’t come under the new regs, they can’t access the tribunal either, though I am going to push for it.”

Change #3: Long term contracts will be provided with fiscal incentives

The planned reform seeks to promote long-term rentals over short-term rentals. The reform will introduce a one-year minimum contract for long lets, and give cash benefits to those with a two-year and a three-year-or-more agreement.

The rates, which are annual incentives, are as follows:

Change #4: Landlords can no longer keep tariffs and bills hidden from you

In addition to making sure there is an adequate supply of water and electricity, they are also bound to show the correct tariff and bills are proportionately shared among the tenants.

The landlord will now be duty-bound to provide tenants with access to the billing account, with the tenant now able to recover additional expenses and deduct them from the rent payment.

Patricia Graham: “basically, this means landlords have to sign Form H and declare changes in number of persons living in an apartment. Without Form H signed, tenants were subject to a higher domestic tariff rate. Many landlords have already been doing this, so they’re not bothered to by it.”

Change #5: ARMS will also be no longer allowed to interrupt the provision of water and electricity were residents are shown to be living.

Previously landlords in Malta could pressure their tenants to leave by turning off the provision of water and electricity in the rented building. While we agree that there are cases when landlords should be able to quickly evict tenants, we found this practice draconian. We’re happy that landlords can now get tenants evicted quicker thanks to the new adjudicating panel, and we’re also very happy that tenants won’t have to live under the threat of having their water and electricity cut off.

Mandatory registration for all private rental properties will be introduced in a bid to reduce the black market that pervades the industry. The register, which will also be online and be placed on a blockchain, will be overseen by the Housing Authority.  The landlord will now have to submit the contractual agreement, the inventory of the entire property, and the deposit paid.

In a bid to bring on those who failed to follow any regulations, an amnesty ‘transitory’ period will be introduced. The law itself will come into force on 1 January 2020, giving landlords ample time to familiarise and begin using the system.

Should it fail to meet the necessary criteria, it will not be registered and thus be in violation of the regulations.

Change #7: Landlords will be able to get tenants who do not follow regulations evicted quickly

The new panel will now be given the power to announce an eviction on its first hearing, cutting out the long delays landlords have had to go through to get their property back. This means that, once the eviction notice period is over, a landlord can get their tenant evicted within days.

Moreover, the landlord will also have the right to demand compensation for any additional months the tenant might stay beyond a contract (overholding).

Change #8: Landlords must give tenants three months notice before evicting them

Landlords can no longer immediately terminate rental contracts. They must send the tenant a notice three months before the contract duration expires. If the tenant does not get the letter within the specified time, that means the contract is renewed for one more year. Likewise, tenants will also need to notify the landlords before they intend to leave.

As for short term leases, the contract would be terminated on the date that is agreed between the landlord and tenant. This means that neither the landlord nor the tenant would need to give notice.

Should a landlord fail to register their property, they will be subject to a penal fine ranging from €2,500 to €10,000.  A tenant will now also be able to go to the Housing Authority should they be concerned over the contract’s registration.

An independent Housing Authority investigation can be launched, while the case may also be referred to the courts. The Housing Authority will also be able to take the case before the Rent Regulation Board on behalf of the tenant and demand an imposition of three-year leases at 75% of the property’s market value.

This, Kurt Scerri explained, will hopefully stop black market practices, specifically tax evasion. Dr Kurt Scerri is an expert in the rental market field who headed the initiative to regulate rentals in Malta, he discussed the proposals and the effects they could have on the local market in an interview with Julian Bonnici with the independent.

In a statement, MDA claimed that just two months into the new system, the rental market was already showing “a significant dip” and that landowners are “increasingly reluctant” to rent out under the “restrictive regime”.

However, this was met with widespread skepticism: “It’s been less than six weeks since the law came into force but the MDA somehow already have comprehensive data on the issue. It’s impossible and just a clear attempt to start setting their agenda on the issue,” sources told LovinMalta.

The numbers also seem to be against the MDA’s claims, with close to 3,000 properties already having been registered with the Housing Authority. But it’s still early day to make guesses, and time will tell give us a clearer picture.

How do you feel about the rental reforms?