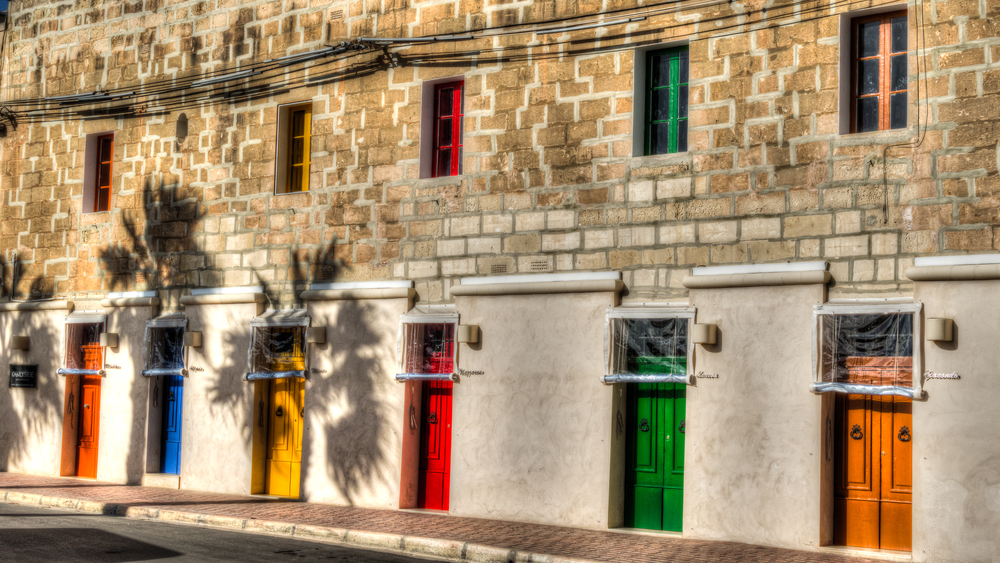 [av_textblock size=” font_color=” color=” av-medium-font-size=” av-small-font-size=” av-mini-font-size=” av_uid=’av-k0p80x8k’ custom_class=” admin_preview_bg=”]
Talking about safeguarding our old townhouses is easy, actually dedicating your time and energies to restoring and living in one is a little bit more complicated.

Id-Dar Maltija, a Facebook group created in December 2014, was initially set up to get locals sharing photos of old traditional houses they encounter; now, it’s also a hub where homeowners ask for advice about restoration, share restoration projects they admire and show off their own work.

For this article, we’ve decided to highlight 7 solutions provided by members of Id-Dar Maltija worth keeping in mind if

1. Should I sandblast stone walls?

A lot of Maltese homeowners are quite keen on conserving the natural stonework in farmhouses or old houses of character. Charles Bugeja, for example, asked: “I want to peel off the wall paint to expose a townhouse’s stone walls. Would sandblasting cause any damage? Could anyone perhaps show me some photos of sandblasted walls to see how it’ll look?”

Nearly all the replies urged Charles to find alternative methods. Ann-Marie Micallef said that she is currently using a chipping hammer, followed by a wire brush, a laborious process but worthwhile if it means avoiding scratching the walls. James Fenech makes a valid point in saying that sandblasting is never used in the field of restoration, stating that it’s like removing the ‘skin’ of the stone, which may result in the stones weakening over the years. Charles resolved to ask for an estimate on getting someone to remove the paint by hand, to which James said it would be time-consuming and expensive, but definitely worth the results in the end!

2. I sandblasted my wall and it’s flaking, what do I do?

And what do you do when a stone wall has had far too much sandblasting applied to it and begins to flake? Apparently, use a special kind of waterproofing spirit, which will consolidate and reinforce the deteriorating stone!

Aza Lea asked: “Is there anything that can help the stone when the outer side of a house would have been sandblasted for the purpose of cleaning it? Apparently, linseed oil is recommended.” Steve Scic said that, instead of linseed oil, using this particular type of spirit renders better results. Steve continued by saying that linseed oil used on outside walls tends to darken due to car exhaust.

Ishmael Sciberras, however, corrected what is apparently a misconception, by stating that outside walls darken depending on which direction they face, probably having something to do with sunlight. Regardless, swap linseed oil for this spirit. We’re not entirely sure if it’s sold under a specific brand, so you’re better off going to your local hardware store and inquiring after consolidating spirits.

3. The water pipes burst, will this damage my walls?

Aza Lea faced another issue in her home: “We’re changing the shower on the first floor. Right now the tiles and water pipes are being removed.

Unfortunately, one of the water pipes burst and the water started flowing downstairs to the ground floor. This lasted about a minute. The house is made up of stone slabs (xorok). Will they dry?” Essentially, xorok are a series of long stone slabs that would be placed over wooden beams, making up the first floor or ceiling of a house.

Most of the replies assured Aza that the Maltese summer heat would dry any absorbed water in no time, but one comment from Daniel Trudy Cuschieri Taylor was particularly descriptive, wherein he explained that you’re better off having a ceiling made from xorok, which are far better for expelling water, than one made from concrete, which absorbs water.

4. How can I fix a split in the ceiling?

Marco Farrugia posted a photo of one of the stone slabs in the ceiling of his parents’ house that had a very noticeable horizontal split running through it. He asked whether it was dangerous, and, if so, what solutions were available to him. The majority of replies advised him to err on the side of caution and bring in a professional to replace it entirely, something that Marco wished to avoid because of the obvious hassle it would entail.

The only other (cheaper) suggestions included attaching two metal bars to support the split slab, or a fibre rod stretching between both beams, both of which would be eyesores and disrupt the overall aesthetic of the house’s stonework.

Mario Schembri asked whether the slab was supporting another room above. Once Marco revealed that all there was above was the roof, Mario quickly suggested its replacement, as well as placing a marker next to the hole so that anyone walking on the roof would be aware of it and avoid any accidents.

With regards to this, Jesmond Bugeja described a similar situation he had experienced and how he had placed a piece of blockboard under the temporary gap so that anyone walking above would have the added feature of stepping on a solid surface.

Interestingly, Michele Xuereb was the only person to suggest using epoxy resin, a durable substance able to withstand very high pressures. However, whether the epoxy resin would be very noticeable in the finished product, or whether it would withstand the same pressure as being an entirely new piece of stone, remains to be seen.

Moral of the story? If you can afford it, bring in a specialist, both for safety purposes and aesthetic reasons.

Xorok are usually quite thin, so if you were thinking of attaching a light fixture to them, better avoid attaching them directly to the stone slabs, as there’s a very good chance that they’ll crack. This was the dilemma Pauline Vella was faced with. Maxine Borg advised that she attach a metal or wooden joist between two beams on which to attach the light fixture. This was followed by a very helpful image from Ishmael Sciberras, showing exactly the form of joist Maxine was talking about.

6. Is Micro cement an effective solution for old walls in a bathroom?

We’ve already spoken about the problem of humidity in old stone walls. So what happens if you’ve got a bathroom made out of old stone?

Nadine Mifsud came across this issue when designing her soon-to-be bathroom, asking: “I have this feature in an old wall exactly where the shower is going to be placed. What do you recommend as a finish? I don’t want to use tiles as that would ruin it. Do you think micro-cement would be effective because of the water and stone?”

Once again, the purists might not agree with any form of covering up old stone walls. However, practicality has to be taken into consideration, and if a house is entirely made up of old stone, including areas that will frequently get wet (such as bathrooms in this case), then alternatives have to be brought in. Micro-cement has become quite popular of late, as thin layers can be applied in succession to any base material until a relative thickness has been achieved.

Solange Bonello DePuis stated that she was applying micro-cement to her bathrooms, singing its praises as being excellent for houses of character and farmhouses that are made up of such old stone walls, and the finish is apparently seamless in comparison to tiling.

7. Is there a solution to humidity in old houses?

There’s no escaping it: houses with old stone walls will always suffer from a certain degree of humidity. It’s unavoidable, but not unsolvable, at least temporarily. Raycine Cassar asked: “In an old place, what is the process to get rid of and avoid humidity? Is it possible to do it ourselves?”

As Raymon Curmi noted, the first thing you’ll have to do is shave off whatever’s on the wall until you reach the stone material underneath; otherwise, it’ll just keep flaking. Most of the suggestions given to Raymon have already been discussed throughout this list, including heavy applications of hydraulic lime, covering the walls up with ‘wedi boards’, and – a more obvious though far less effective method – bringing in a dehumidifier. It doesn’t seem like there’s one solid resource for avoiding humidity in old stone houses indefinitely that don’t involve comprising the aesthetic integrity of the building.

One comment, however, struck our interest. Albert Anastasi writes: “Traditionally (particularly in Gozo), they used to drill 25mm holes at an angle, quite deep and at regular intervals in the bottom filata (row). These were then filled with linseed oil and topped up till there was no more absorption. They then be plugged with a cork stopper and possibly plastered. The same process would be repeated every two or three years depending on the severity of the problem. What is important is to do this at the end of summer when walls are at their driest.” That’s an interesting piece of historical trivia! We wonder if anyone’s still using this method.

And that brings us to the end of our round-up! If there are any pieces of advice you’d like to leave with regards to any of these home solutions, make your way to the comments section below!
[/av_textblock]

How-to sponge paint a wall and create a faux finish