Every homeowner is aware that last year the government implemented a new way of sorting out our waste – ‘Sort it out!’ exclaim the young children on our televisions encouraging us to categorize our garbage into different bags.

It’s a commendable initiative, but how far have we really come? Are we reaching the targets set out for us? As of 2018, according to the Times of Malta, our archipelago had dropped down eight places from the UN sustainability ranking. 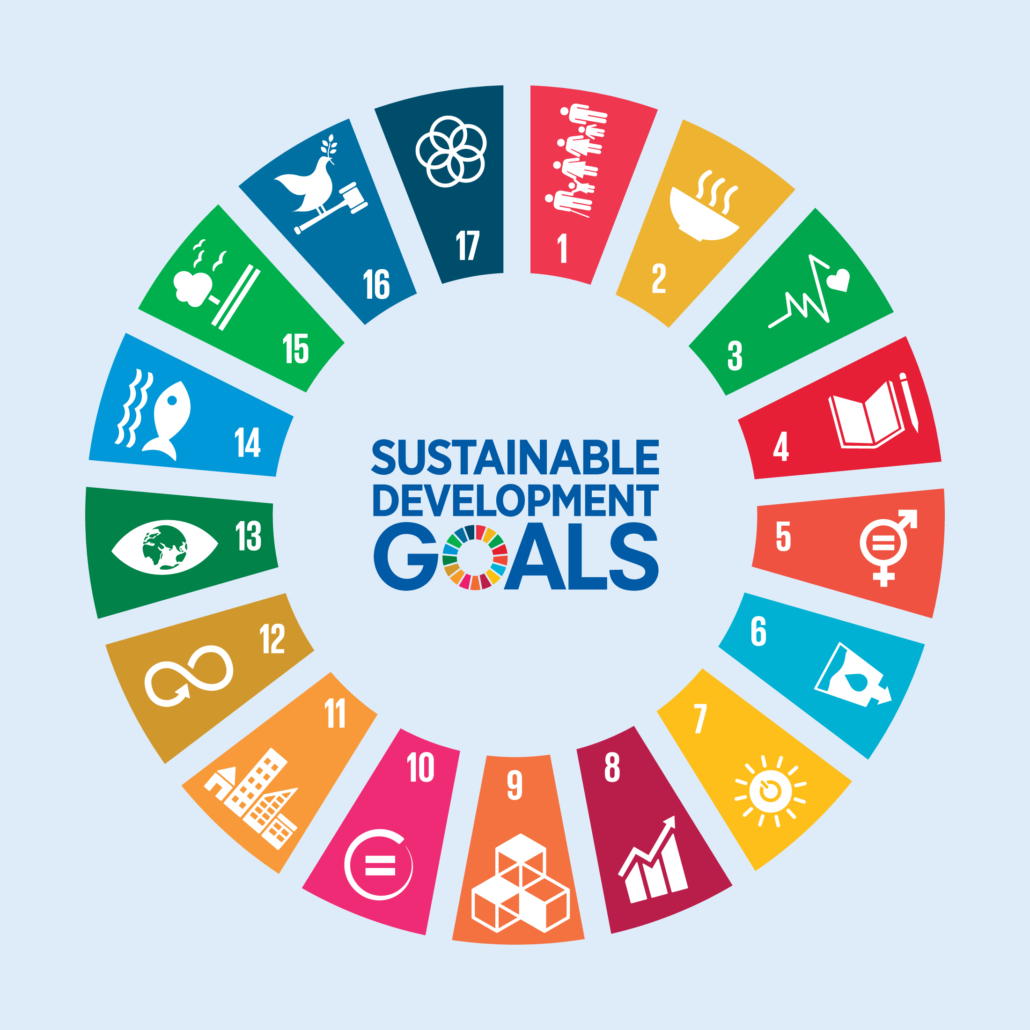 It may come as a shock to many, but the rate of poverty and homelessness in Malta is higher than the rate of over-crowdedness! The EUROSTAT reports that while Malta’s level of overcrowding sits at 2.9%, the risk of people losing their homes is a distressing 7-8%. This puts us ahead of Ireland (6%) and Cyprus (5%). Not exactly the race we want to be ahead in.

A report by the World Health Organisation conducted last year places Malta as one of the countries with the highest rates of obesity levels, standing in at 29.8%. The report concluded that while life expectancy in Europe is increasing at the moment, this runs the risk of a change in course as the level of unhealthy dieting in Maltese people rises.

Although the literacy rate among our citizens is growing, the rate at which adolescents carry on studying at tertiary education levels is stagnant or on a downward slope. According to the Malta Independent, statistics reports that as of 2017 Malta had the second lowest number of 20-65 year olds with tertiary education attainment, with 20.7 % of the population acquiring that level.

Our question: Is it time to make more room for local trades and artisinal skills in our economy?

Prime Minister Joseph Muscat has made gender equality one of his central issues during his run. In recent years, Malta has done giant steps when it comes to gender equality, the rights of the LGBT community, as well as gender liberation. However, although the perspective on human rights and identity has started to shift, the realities of daily life are slower to follow.


The EIGE’s Gender Equality Index deemed Malta the country with the most severe level of violence against women in the EU.

We rank among the top five countries having the least amount of renewable water per capita, ahead even of desert countries like Libya. According to Malta’s Sustainable Vision for 2050, the supply of alternative sources of cleaner water is ‘being invested in’.

We’re not sure what to believe. Despite it being a legal requirement, most new constructions in Malta don’t include a functioning rainwater harvesting system such as a well or reservoir.

Even the multi-million-euro flood relief project – a water tunnel spanning from the bottom of Naxxar to Ta’ Xbiex – does not have any water storage capacity; it just moves rainwater from the centre of our island to sea.

For more information about this, Simmone Pace’s article is a gem.

Malta is no longer so heavily dependent on oil as we have switched to cleaner and cheaper alternatives, according to Minister Joe Mizzi. Instead of oil, Malta has switched to gas for power generation.

CO2 emissions in the EU rose by 0.7% in 2015, but Malta’s interconnection with Sicily helped the island cuts its carbon footprint by more than a quarter.

Malta’s economy is at the height of its game at the moment with offices and buildings popping up every day. In fact, one of the most recent projects about to take place is that on Manoel Island, where plans for apartment blocks to be erected on the adjacent island have been submitted to the Planning Authority by the Midi Consortium. Manoel Island will soon be home to 600 residential apartments, a hotel at the historic Lazzaretto, and a shopping centre.

According to the Times of Malta, a project supported by the European Social Fund, amounting to €2.2 million, will focus on reducing health inequalities through ‘establishing a national platform to address social determiners in health.’

Looking at the statistics, it seems that many chronic ailments and lifestyle risk factors are mostly common in people with a lower level of education. This leads to a lower status of health for these specific population groups, which ultimately affects the employability of these people. If employability is affected, the person tends to end in a vicious circle of having less money and thus being more vulnerable to disease. The ultimate aim for the project is to correct this.

Recently, young school children in the Gzira area took the initiative – along with their teachers – to plant trees in the Gzira garden alongside the yacht marina. Sadly, however, these trees were stolen at the dismay of residents and the mayor, Conrad Borg Manche, who was not silent about his disappointment at whomever committed this petty and unnecessary act of vandalization:

“Why all this cruelty? If they asked, I would have tried to source the trees but someone who pulls out a tree with a tag carrying the names of all the children who contributed to the project is a dumb ass and stupid,” Borg Manche said in an outburst on Facebook.

For more information about where Malta is at when it comes to sustainability, take a look at our article here, where we go comb through Malta’s masterplan for 2050.

A look at recent protests, a conversation with most locals, and the reactions on Facebook to news and headlines makes it clear: Malta needs better. Far less people would have a problem with new developments if they actually made Malta look, feel and function better.

But who’s responsible? Almost everyone. If you want to read more on this, this article by Simone Vella Lenicker, president of Kamra tal-periti, is a must read.

According to an article by the Times, the island’s waste recovery remains one of the lowest in the EU, ‘quoting a municipal landfilling rate as high as 88 per cent compared to an EU average of 28 per cent.’

The Maltese government has set out a manifesto which aims to reach sustainable goals and prospects by the year 2050. The manifesto outlines many many ambitious plans for the coming years – take a look at the major priorities here.

Malta has also been helping developing countries fund for economic change and has made a pledge of €800,000 over the years 2010-2012 which were directed to projects in Africa.

We must protect life underwater by eliminating pollution and overfishing and immediately start to responsibly manage and protect all marine life around the world.

Maltese authorities are great at chasing after and over regulating small local fishermen; not as much so when it comes to reigning in the ‘bigger fish in the pond’ – companies who operate large fish farms.

Even though Malta’s sustainable development goals ranking looks good, it does not warrant that we should take sustainability for granted. Many voices of concern have been raised by private individuals and stakeholders in terms of the excessive construction around the island – a problem becoming more prevalent every day.

Worth a read: Rapheal Vassallo interviews director of Mizzi Organisation and also the State-appointed ‘Guardian of Future Generations’ Maurice Mizzi.

Rule of law within a country is tough to qualify and harder to define. At the same time, there’s no sidestepping the issue of Daphne Caruana Galizia’s murder here. The Maltese government announced a public inquiry into Daphne’s murder a few days before the deadline set by the Parliamentary Assembly of the Council of Europe (PACE). The move, however, did not go down well as members appointed to the Board of Inquiry held obvious ties with the government.

The excerpts below, taken from the shift news, give us somewhat of a picture:

Speaking to The Shift at the Byline journalism festival in the UK, British journalist Michael (Misha) Glenny said it was obvious that Caruana Galizia was murdered to stop her reporting on money laundering and corruption.

The award-winning investigative journalist and historian specialised in Central Europe for both the BBC and The Guardian and has researched organised crime for 25 years.

PACE Special Rapporteur Pieter Omtzigt, the author of the scathing report on the rule of law in Malta and the investigation into the journalist’s assassination, adopted in a resolution in May, welcomed the government’s announcement. Yet he warned that appointments, as well as the terms of reference of the public inquiry, will be scrutinised.

Malta’s economy might be soaring, but local workers and inhabitants do not seem to be the ones reaping the benefits. Malta has the lowest minimum wage and one of the lowest average wages in Europe; moreover, in the last years, Malta has experienced the smallest increase in wages across Europe.

Worth a read: This article by Raisa Galea, editor at local magazine IslesoftheLeft, offers an unfiltered, behind-the-scenes look of employee conditions at one of Malta’s bigger companies.
[/av_textblock]

Too far, or not enough? The 8 Big Changes Hitting Landlords & Tenants in Malta

7 Ways to Create Shelter in your backyard or rooftop

It just takes one good awning, sail-away, pergola, curtain or umbrella to turn your rooftop into a tiny paradise.
Read more

Concrete and steel have taken the construction world by storm since people discovered they could build stable and functional buildings with them....
Read more

To find Villa Frere, make your way to Pieta and walk behind St Luke's Hospital grounds; there, you'll see the entrance to...
Read more

Check this Art deco and Industrial-style stunner in Sliema

Most of the furniture in the house is custom made by David. Facebook marketplace is his favourite source for furniture and décor elements.
Read more