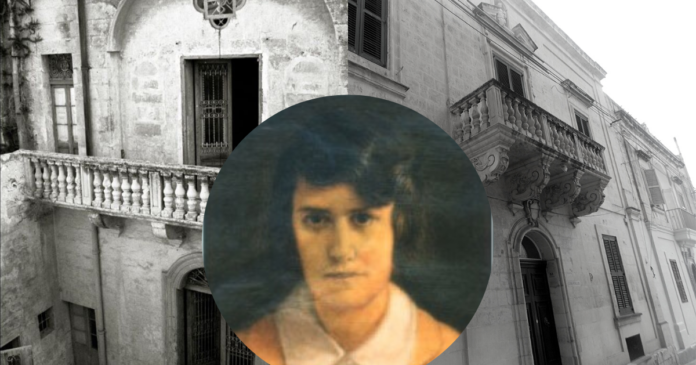 In Malta, houses and heritage hold hands; and one shining example of this is Casa Perellos in Żejtun. We’ve spotted this Baroque townhouse in a post by Sean Chircop on Id-Dar Maltija. Originally built as a country residence built for a grandmaster, this townhouse then served as a pharmacist for Malta’s first female doctor, and grew to become a landmark in Zejtun.

Below, 10 facts about Casa Perellos we think are worth sharing

#1: It was built as a private property purposely intended for the then Grand Master of the Order of St John Ramon Perellos y Roccaful and his family.

The property suffered extensive damage during the Second World War. It was then abandoned and fell in severe neglect. The cellar of the house also served as a horse stable.

#2: AP Valletta began designing the restoration of Casa Perellos in 2001 and completed the project in 20045.

This restoration project was carried out by AP Valletta over four years.

Works included the complete restoration of the structure and the redecoration of the interiors. The original spaces and rooms were recreated with minimum intervention. At the rear, however, two new lateral wings built of glass and steel were built. The new wings house a kitchen, bedrooms and bathrooms. The courtyard and garden act as a central living room for the palazzo, while the axis of the entrance and hallway, leads to a small fountain and a basin surmounted by the Grand Master’s coat-of-arms.

#3: The restoration project of Casa Perellos was awarded a Diploma award by NGO Din l-Art Ħelwa.

The project was praised as “a successful an elegant and sympathetic restoration of an old, virtually derelict, house […] meshing it in most successfully and unobtrusively with an extension in modern contemporary design. This was a difficult restoration and intervention carried out to very high standards. Respect for the original structure of this 18th century house has been most carefully maintained.”

#4: Originally Casa Perellos was a country residence built for the Grand Master of the Order of St John Ramon Perellos y Roccaful and his family,

She eventually moved the pharmacy to her own home in the same street (named Santa Katerina).

Dr. Blance Huber was also the first known female medical student in Malta, and graduated as a doctor from the University of Malta in 1925, having entered it in 1919. However, she always practiced as a pharmacist in Żejtun. Blanche Huber Street in Sliema is named after her.

Blanche Huber was born in Birkirkara, to Hon Joseph Huber and later married Dr Joseph Caruana, a fellow medical professional. She died on 19 July 1940 at the age of 40.

#7: The façade of the building has a number of pears carved in limestone, an unmistakable emblem to the Perellos family coat-of-arms.

#8: The residence is found in a prominent street leading to St. Catherine’s Old Church.

This site was chosen in order for the Grand Master to watch from the balcony the end of the procession during St. Gregory’s feast. The baroque stone balcony of Casa Perellos resting on four corbels.

#9: The courtyard at the back of the residence has imposing architectural elements, including a fountain with a wall-mounted coat-of-arms.

The religious niche at the top of the façade is listed on the National Inventory of the Cultural Property of the Maltese Islands (NICPMI).

#10: Thanks to the restoration carried out by AP Valletta, the property is now in good condition and has three floors, with one mezzanine and two floors above street level.

During refurbishment works, a rock-cut air-raid shelter was also uncovered!

Do you know of a house that deserves our spotlight?

8 Buildings transformed from trash to treasure by artists