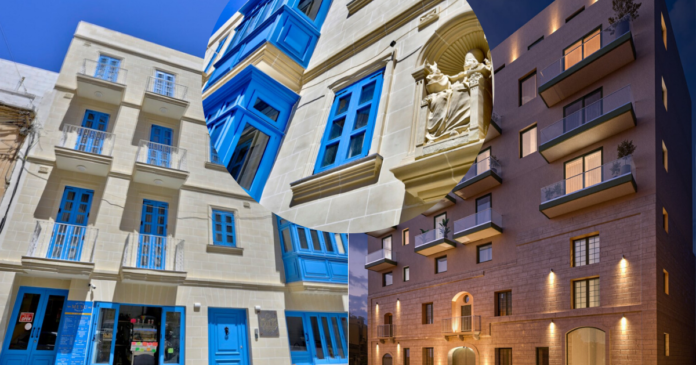 Silvio Schembri, regular contributor at local Facebook group Id-Dar Maltija, posted two photos of an apartment block in Sliema that absolutely wowed everyone. Within minutes, Silvio’s post garnered hundreds of likes and a multitude of comments brimming with praise by Maltese residents.

This is a direct link to the post published by Silvio, you will need to join the group first before seeing the original post.

While everyone can agree that development is essential to Malta’s economy, the majority of locals have been very critical of the lack of aesthetic dimension to the buildings we’re developing on our islands. The ‘matchbox’ design that usually featured plain floor-to-ceiling windows stacked on top of each other has become almost emblematic of modern design in Malta, to the displeasure of locals across Malta and Gozo.

Just in case the image is not burned in your mind already, here’s an example:

Limestone cladding and wooden apartures make a big difference, but respecting the visual context of a building does not stop there. If you want to delve deeper, we’ve written an article on what a building that enhances Malta’s streetscapes should possess.

Buildings like these cannot be technically considered ‘high-rises’, but they still give a very clear indication of what Maltese people would like to see set as the standard both for our developers and the planning authority when it comes to apartment blocks and high-rises.

Kamra tal-Periti (chamber of architects) has published a number of proposals endorsed by major figures and institutions in Malta to reform construction and development on the island, read more about what they’re proposing here.

From our end, we hope that more buildings like the ones showcased above (with the exception of the photo we shared from ‘Qed-jinfirex-mal-widien-bini-ikrah-kullimkien-‘!) inspire more developers and contractors to follow in their steps.

What do you think of these developments?

8 Buildings transformed from trash to treasure by artists