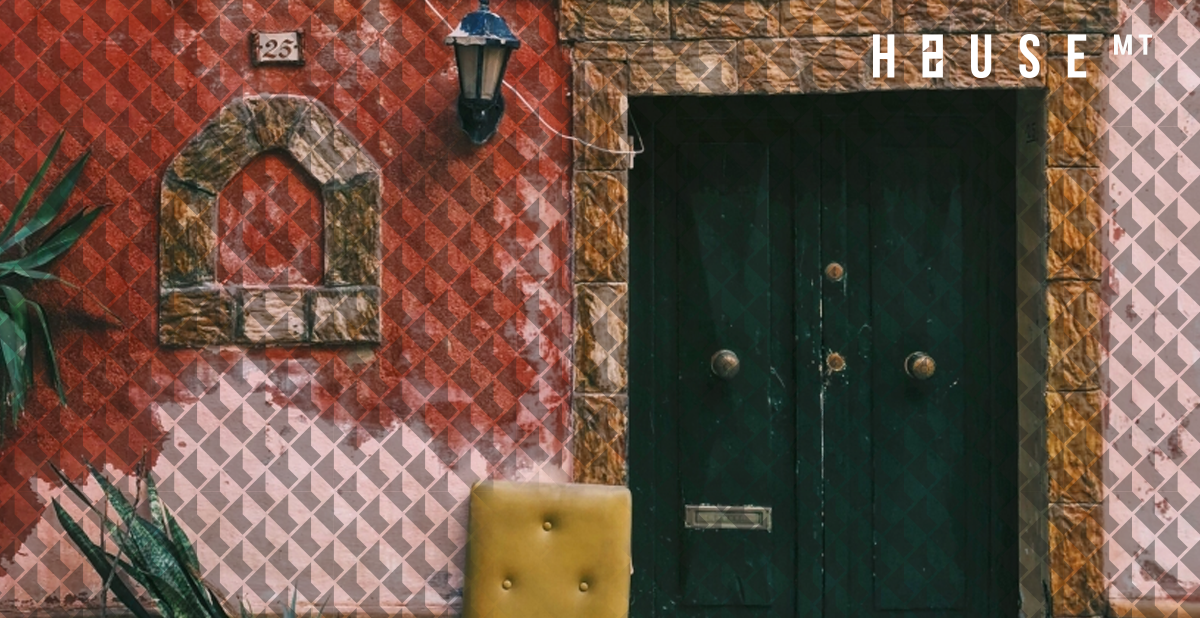 It is always impressive how much material you can get when coffee and good conversation are mixed together. In the name of brevity, we decided to split our article featuring MaltaDoors curator Lisa Gwen into two parts. If you still haven’t read the first part, we highly suggest that you do so before reading on.

It started with a keen interest in the whimsy that surrounds abandoned places, coupled with a quiet resolution to walk whenever and wherever she can. Soon, it led Lisa to start putting up photos she took of the doors and entrances that strike her fancy on Instagram. The first picture, dated March 6, 2016, got 46 likes. Now, just two years later, almost 15,000 followers look forward to each new picture Lisa puts up, with each post getting hundreds of likes, comments, and messages. There’s no doubt over it: MaltaDoors has become a national treasure trove for visitors, aesthetes, and locals alike.

H: What are some of the ‘quirkier’ things you encountered?

One of the elements that really enthused me were the stays of windows belonging to older houses in Sliema. I very casually opened one of them, then realised that the stays used to fix in the windows in place were intricately designed heads and figures.

Some of the knockers I found were out of the world, for example, lemurs in Zejtun, a front gate with ducks on it, another gate with its ironwork pattern forming Reindeers. There was a scene of the great siege in the ironworks in Marsaxlokk, which they removed. When I see something like that disappearing it is quite heartbreaking. These little quirks really make a difference – they make a place different and give it a story.

I’ve also made countless ‘friends’ along the way, generally of the fluffier kind. This mainly involved interactions with cats waiting to be let back inside, dogs the size of my hand standing guard or just basking in the sunshine, a particularly noisy parrot, and most recently, a duck named Jemima in Spinola.

I’ve finally managed a trip to St Julian’s. I’m not a fan of all the apartment blocks or the cranes invading the skyline, so I generally resist journeying there. But I was in town for a meeting, and arriving early, I headed to the water’s edge, where I know there is a row of small boathouse-like abodes, which are incredibly charming. The fact that there happens to be a mini colony of cats, a duck, and ample green foliage, just adds to their quirky perfection.

I also found this stunner of a façade in Birkirkara. On top of the main door there’s a blue balcony that’s complemented by navy blue apertures. The façade is very ornate, but the stonework is all geometric, the white highlights on the masonry are just so striking. And under the right conditions, the play of light and shadow is quite remarkable. I ended up in the middle of the road try to take a good photo of it.

H: That must have gotten the ire of some drivers. Is that a recurring theme?

Yes, and I’ve had some scary confrontations! Let’s just say some people are quite skeptical when they see someone taking photos of their home or door. I was once attacked, and another time followed by a car down the road. One particular instance I recall – I found this really gorgeous baby blue door with stained glass and everything, and there was no one parked in front of it. I was like, ‘great! This is my day’. A car came – which I presumed wanted to park – so I took one last shot and moved out of the way. The car didn’t park, and instead just followed me down the road. I joined my mother, who was shopping down the street. We soon realised the car was following us both, the woman driving the car stormed out threw a tantrum at us, convinced I was sent by someone. She told me there were a lot of valuables inside. I struggled to understand why she was willing to give me this information. She was very aggressive to me. But we resolved it after I showed her the pictures.

H: Do people ask you for advice on how to decorate or design their facades?

I’ve been asked for consultation on colours, who to work with, choice of door knockers etc. They ask me questions regarding their plants, gates, ironwork, where can they get the terrazzo done – all sorts of questions. Thing is if you don’t take into account the University credits and books I’ve poured over, I don’t have an actual background in architecture. My experience related to architecture and design comes mainly through the work with Chris Briffa Architects, Malta Design Week and my time at the Times where I was following certain infrastructure projects and really pushing for the Government to pay attention to certain places and create a space for visual arts.

H: From this end of the table, you seem to me like Malta’s most educated person when it comes to our streetscapes. You certainly spend more time roaming through them than anyone.

It is true that I would never pass up a conversation if there’s a door involved! Giving advice was certainly never my intention. I graduated in cultural heritage management and art history, but somewhere along the line, between reading books, listening to lecturers and experts, and the time I’ve invested in exploring and photographing Malta’s streetscapes, I found myself working with homeowners, architects, and designers alike. Which I absolutely adore.

It is a very affirming situation to be in. I would love for all these hours I spend roaming the streets to actually be translated into something which can really serve a purpose and have a positive effect.

H: Prior to this interview, I stumbled upon a particular question that was asked to you before: What features do you like to focus on when photographing a door? Your answer was ‘memories’. Be it in marketing or art, nostalgia is a word that has a lot of value. How do you feel about this in your work?

Every once in a while I go to my insights. Most of my followers are from Sliema and from London, but then I have a lot of people from Australia, Italy, from the Emirates, and from the Arab countries who find an association with our architecture. A lot of people get in touch, they pour their hearts, and often they do this just to say thank you, you’re my window to my country. Even some Maltese artists who now live abroad often message, telling me that the photos are making them miss Malta.

I believe that the peculiar ironwork there and the numbers and the plaques and the doors, the way we’ve manipulated timber, iron, and limestone through the decades, they all make the history of a place, and tell the story of its people. That’s all we really have.