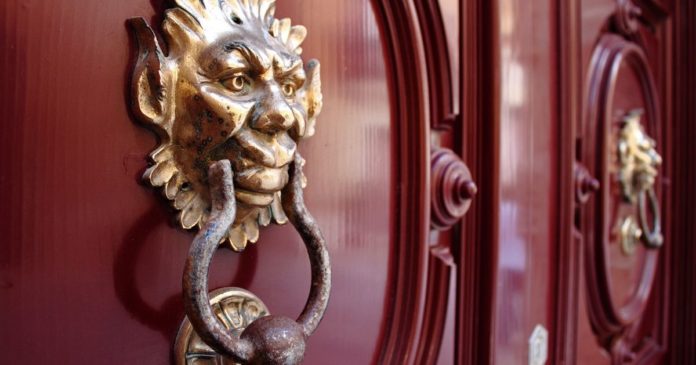 The way we think of door knockers has changed over time. Nowadays, we may think of old, elaborate door knockers as aesthetic pieces. But back in the day, they had significant meaning to Maltese homeowners.

Malta is an island that’s famous for its wonderful beaches, vast and interesting history, and its weird but lovable crowd of natives. Luckily for us, many Maltesers have taken upon themselves to produce content showcasing some of the most beautiful craftsmanship knocking on our doors.

So what is it about these knockers that’s so astounding, you ask?

First and foremost, we have this stunning lion’s head knocker from the Silent City.

Some of these door knockers give a nod to what was once Malta’s most common trade.

But there’s a lot of variety. Take, for example, this magnificent elephant’s head door knocker below.

Lisa Gwen over at @MaltaDoors recently told us that elephant head door knockers can be found at the Artisans Centre for €75 a head.

It doesn’t stop at angels though: here, we have a stunning portrayal of Adam and Eve

…And he takes many forms!

The door knockers below looks like they came out of the popular high-fantasy TV show!

Many varied in size: the bigger the knocker, the richer the resident, or so the story went.

Some knockers feature Greek gods (as you may know, the Maltese Isles are linked to Greek myth – Gozo is said to be Ogygia, or Calypso’s Island)

Some door handles are mighty unusual and undoubtedly original

But a true classic never hurt anyone

Nevertheless, all of them manage to transport us into another world.

Want to know more about these Maltese treasures? We’ve written an article on that which you can easily access here.

But be prepared! Lisa Gwen states that handmade door knockers can go into the hundreds of Euros because of the time and materials it takes to make them. Click the link above to find out what door knocker she’s having custom made for herself!

If you want your own traditional handcrafted door knocker, look no further than the people we’ve listed in this article on local artisans and companies who will gladly make one to fit your personal style!

Which of the listed doorknobs are your favourite? Do you think elaborate knockers should make a comeback? After checking out @bumbumilbieb’s Instagram page, we sure hope so!