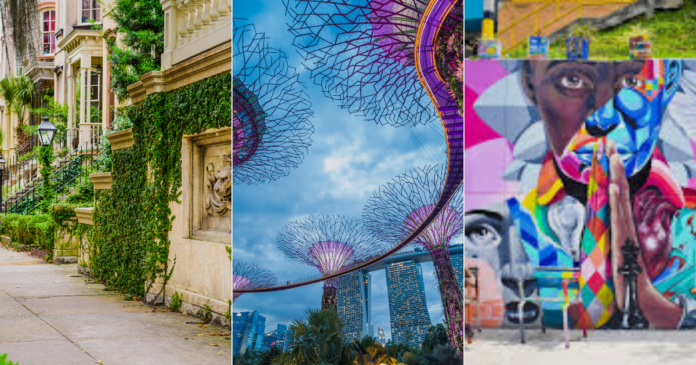 We often hear complaints about overdevelopment and ill planning in Malta, and it does beg the question, how does a city with great design look like?

Malta’s newly elected Prime Minister Robert Abela described construction as ‘the core driver’ of Malta’s economy. We don’t disagree that construction is important to Malta’s economy, but we believe our main driver will lead us nowhere if it misses a good plan.

‘We shape our buildings and afterwards our buildings shape us.’ Mused Winston Churchill in 1943 while considering the repair of the bomb-ravaged House of Commons.

About 70 years later, neuroscientists and psychologists proved him right, having found plenty of evidence to back him up.

We now know, for example, that buildings and cities can affect our mood and well-being, and that specialised cells in the hippocampal region of our brains are attuned to the geometry and arrangement of the spaces we inhabit.

Perhaps this explains our love for the wrought iron, the timber balcony, and our sculpted stone, it also may explain why we’re having a hard time giving in to pale white blocks propping up.

An expertly constructed city is innovative in aesthetics, sustainability, and architecture. All these elements rely on a great amount of planning and expert execution of the design.

So for this article, we take a look at some of the most fun and interesting cities with urban innovations that weren’t just creative, they also worked wonderfully.

Singapore started as a British colony back in 1819, but even then design and long-term planning dictated the city’s development. Singapore overcame its obstacle – a seemingly unusable swampy terrain – with innovative architecture and man-made green spaces.

The current policy creates partly self-sufficient towns so that not everyone relies on the city’s central area, reducing traffic. To reduce traffic, Singapore implemented an Electronic Road Pricing (ERP) system in 1998 which functions on the “pay as you use” principle to manage traffic demand. They accomplish this through an On-Board Unit (OBU) which can be used to pay for parking, checkpoint tolls and usage of off-peak cars electronically. Beyond this, Singapore has a wide array of public transportation methods, including a mass and light transit network and busses that run day and night.

Singapore’s streets are glistening clean, its parks and beaches mostly free from the trash that plagues neighboring countries like Malaysia and Indonesia. Almost all of Singapore’s non-recyclable waste is incinerated, with the ash and some solid waste shipped to a man-made island nearby that doubles as a nature reserve.

Singapore also plans to make it mandatory for large generators of packaging waste to report the types and quantities they use and their reduction plans by 2021.

Traditional architecture in Singapore is strictly protected. Moreover, any new property must cohesively continue the style of its neighbourhood. Singapore imposes corporal punishment for acts of vandalism, design infractions, and has a ban on the importation of chewing gum. In Singapore, there’s no way a business will get away with propping up a tent. This is a departure from Malta, where it’s the residents who seem to be doing the bulk of regulation.

Medellín is the second-largest city in Colombia, after Bogotá, and the capital of the department of Antioquia. In February 2013, the Urban Land Institute chose Medellín as the most innovative city in the world due to its recent advances in politics, education and social development. In the same year, Medellín won the Verónica Rudge Urbanism Award conferred by Harvard University to the Urban Development Enterprise, mainly due to the North-Western Integral Development Project in the city In 2016, Medellín won the Lee Kuan Yew World City Prize. The award seeks to recognize and celebrate efforts in furthering innovation in urban solutions and sustainable urban development.

Medellín is nestled in a valley high in the Andes, and many of the city’s poorest residents live in comunas they built on the steep slopes that are both hard to get to and to get out of. To knit together the fractured city, then-mayor Luis Pérez proposed a novel solution: cable cars. The cable cars allowed people of all classes to visit the different parts, increasing public interest in the city’s development and giving impetus to a decade of innovative urban planning.

Whereas cable cars drastically improved mobility, Alejandro Echeverri, the city’s director of urban projects, focused on another weapon to help low-income areas – beauty. Under his direction, the city built “library parks” (Spanish: Parque biblioteca) i.e. library buildings with ample surrounding green space for public use. These library parks are strategically located in the periphery of the city to address the need for more cultural and education space and public services in less affluent neighborhoods. Echeverri’s department went street by street, planting trees and replacing crumbling schools. “One of the keys to Medellín’s success is that these aren’t isolated projects,” Echeverri says. They’re all woven together—cocreations, as he calls them—with the communities that use them every day. After he retired, the next director built five more library parks.

To rehabilitate the once-neglected streets of his neighbourhood Comuna 13, graffiti artist Daniel Felipe Quiceno aka ‘Perrograff’ and his cohort began transforming run-down corners of their town by covering them in murals that illustrate Comuna 13’s history and that memorialize murdered friends; they also started planting community gardens. Daniel and other graffiti artists are supported by the directors of the city.

Savannah is the oldest city in the U.S. state of Georgia. Each year Savannah attracts millions of visitors to its cobblestone streets, parks, and notable historic buildings. Savannah’s architecture, history, and reputation for Southern charm and hospitality are internationally known. The city’s former promotional name was “Hostess City of the South,” a phrase still used by the city government. Savannah has consistently been named one of “America’s Favorite Cities”.

It’s hard to argue with results. Over the last 50 years preservationists in Savannah, GA have saved more than 350 historic properties from demolition. There are 14 historic districts in and around the city, which has focused on historic preservation since the 1960s. Its 2.2-square-mile National Historic Landmark District is the largest of its kind in the United States.

Leading preservation efforts is the Historic Savannah Foundation, a group that will buy, renovate and sell properties to save them from demolition. This means of protecting historic properties has been dubbed the “revolving fund” and has proved to be a viable model for other preservation groups.

All the effort given to protecting Savannah’s architectural history has paid off as the city’s economy gets a huge boost from tourists who come to walk the cobblestone streets and admire buildings that date to the 1700s. Savannah has a rich cultural scene that includes the Savannah Music Festival. The restaurants in Savannah are diverse and range from international cuisine to deeply Southern fare.

A trip to Savannah would surely make any literature or movie fan happy. On the second Sunday of each month, the stunning Gothic-style Bonaventure Cemetery, made famous by the book Midnight in the Garden of Good and Evil offers tours free of charge.

But perhaps Savannah’s greatest free attractions are its 24 public squares, each one with its own history. Don’t miss the Chippewa Square, where Tom Hanks sat on a bench and acted out Forrest Gump’s most iconic scene. Other free attractions include the Savannah Botanical Gardens and the Cathedral of St. John the Baptist.

We’ll be showcasing more cities that are planning perfect in upcoming articles; until then, you may want to take a look at three cities that have been ranked as the most poorly designed places in the world. Safe to say, we think Malta should not try to copy these three cities:

Is there a city you think is planning perfect?