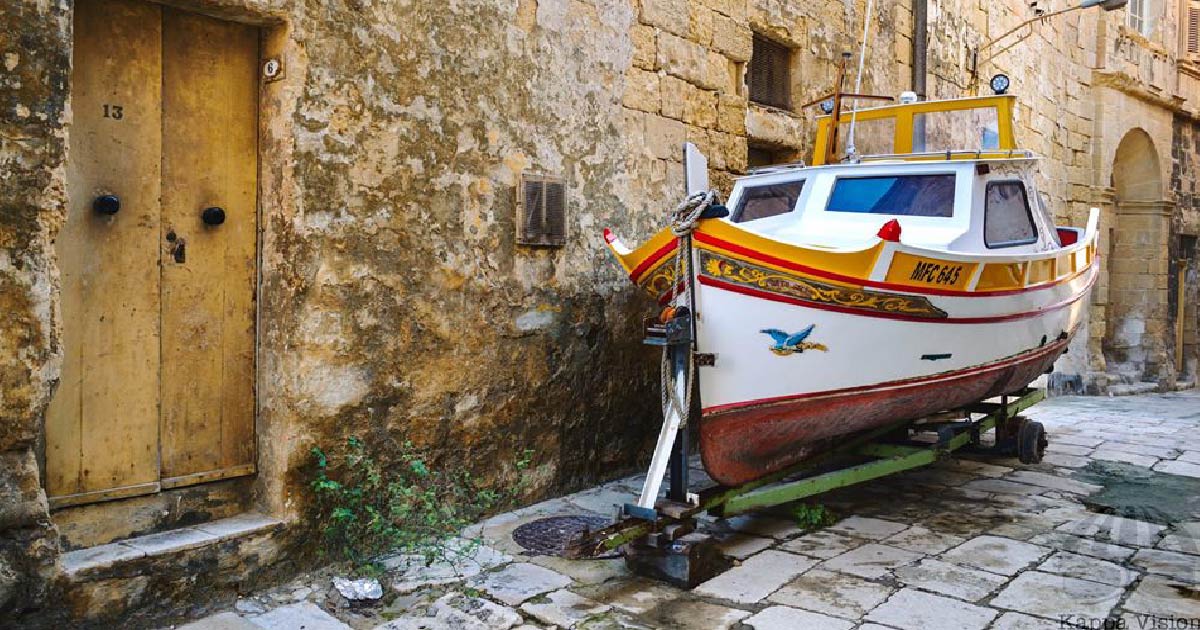 Since its inception in 2017, the popular Facebook page Kappa Vision has been sharing stunning photographs of Malta’s rich architecture complemented with historical anecdotes that gave a new life to old Maltese stories. Jean-Paul’s unique point of view and wealth of knowledge about Malta’s architectural and sociopolitical landscape adds a fresh, informed energy to his photos, a quality many of his fans frequently mention when they share or comment on his photos.

We’ve all got our fair share of development concerns, so the value of Kappa Vision’s photographic journey across Malta, Comino, and Gozo has only grown for Maltese residents; and that’s fair enough – we need all the cultural appreciation we can get.

Here at House Malta, we’ve managed to get an exclusive interview with the man behind the lens: Jean-Paul Borg. Calling himself a ‘visuals hunter’, Jean-Paul mentions on his page that, essentially, it’s “a Maltese culture, society, and heritage website aimed at all those who love Malta, its traditions, and history. But above all the nostalgic memories it so uniquely provides.”

I hoped that he’d see my message (he did) and that my friend request wouldn’t be taken as inappropriate (it wasn’t). After introducing himself with much graciousness and civility, I decided to keep our conversation casual by asking him, first and foremost, how his day was going. “Pretty relaxed at the moment after a jam-packed morning!” he said. “Just finished preparing food for this evening. I found time for that as well. Have been going since the early hours of the morning. But that’s my routine. I like getting a lot of things done each day!”

“Must be all the caffeine.” His hard work is definitely noticeable on the page. I made the mistake of thinking that the page was quite a recent creation, as I had only started noticing his photos on Facebook groups relating to Maltese architecture.

“I have actually been at it for a bit now. I have been posting my photos daily for three years. This coming February will mark the three years. It is quite a bit of work actually. I post three or four photos daily, without missing a single day.”

There’s an aspect of nostalgia to his photography.

Indeed, Jean-Paul has a way of making sure new members get to see and appreciate older material.

“I like sharing a photo that I’ve posted in the past as well, a sort of golden oldie, as I get many new people liking and following me each week so they would probably have missed my previous work.”

And if you feel like you missed out on something, not to worry! “All [the photos] can be found sorted in albums in the photos section. I have hundreds of photos up already.”

I wondered if he also has a day-to-day job that allows him to continue his passion for photography.

Such a popular page could easily take in some kind of revenue, but that’s clearly not the aim.

“I do not run adverts, and I have no backing either. It’s all like a hobby, a passion, which who knows where it might lead me in the future. I like it though and plan on continuing.”

I learned some more information that made me understand Jean-Paul’s artistic side a little more.

As it turned out, we are both St. Edward’s College alumni and his father, Mario Borg, was once a department head, – a respected lecturer whom loads of past students remember vividly. I asked whether he was well.

“Well, I can tell you he is nearly 70 now so as you can imagine he isn’t as sharp as he was but trust me, if I’m a workaholic as you said, he very much never stops working too. Ever since he retired from college, he took up his carpentry full-time – he used to work on it after school in the college days – and even as I write this he is still out working for a client!”

Apart from having his carpentry to fill what is now a quiet life split between Gzira (Jean-Paul’s childhood home) and Gozo (which inspires Mario), Jean-Paul also mentions that his father paints.

“He is an artist. He paints. That’s how he made money when he was in university in the ‘70s before he met mum. He still paints nowadays.”

This artistic leaning clearly runs in the family.

One painting of Mario’s in particular, ‘The Alley’, shows a similarity of the subject matter in what Jean-Paul cherishes and immortalises in his photos: quaint, traditional Maltese architecture.  I wondered whether either he or his father ever received formal training in their mediums.

“No, I am still pretty much learning actually, although I have always loved capturing photos. You never stop learning and I love doing it by myself, at my pace.”

An artistic introvert with an eye for colour and a gift for photographic angles. He lives in Għajnsielem in idyllic Gozo, an island still relatively untouched by modern developments. As it turns out, Jean-Paul is also somewhat of a minimalist. “I want to focus on the essential, the important things in life. Which are the simple things. I am also trying to get rid of a lot of material things as I believe the less I have, the better!”

Focusing on only the essential can undoubtedly be seen in his work.

The buildings in his photos are simple and untouched, but this only makes their structural beauty, their soul, stand out more. And speaking of getting rid of material things?

“I do not even have a mobile phone.” Wow. “Difficult in today’s world. Actually some kids live in their mobile world. They cannot stop tapping away at their mobiles, not even when they walk or jog or ride the bus or whatever.”

Our interview ended on a natural note.

Life catches up, and everyone has to get back to work, and Jean-Paul had some more decluttering to get through in his garage. But I couldn’t let him go before asking him about the significance behind the name of his Facebook page.

“I just like wearing a beanie in winter as I feel cold. And in Gozo, a farmer who became my friend used to call me tal-kappa, kappa being the hat. They still very much use the laqam (nickname) up there in Gozo.”

You can follow Jean-Paul’s Kappa Vision Facebook page here. He also moderates a group by the same name, which has the added bonus that anyone can post photos of Maltese architecture.

While you’re at, take a look at our recent article where we featured some of our favourite photos from Kappa Vision!