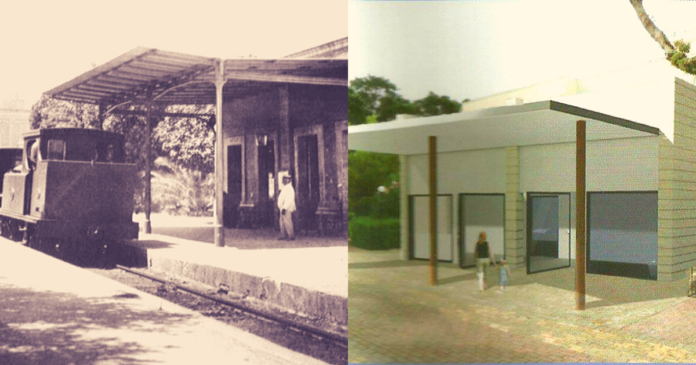 The Malta Railway Foundation released a statement condemning the new design plan for the Malta Railway Building, asserting that the project pays no respect to the heritage, history and design of the original building.

The Malta Railway Foundation is a local NGO set up to encourage and guide the preservation of the cultural heritage of the Malta Railway. Situated nearby San Anton Palace, the Railway embankment was built in 1882 as part of Malta’s railway system, which operated until 1931

In a Facebook post published on the 31st of January, the Malta Railway Foundation argued that the ‘proposed Attard Railway Station project is not a restoration project. Building a new modern place to house an Information Centre and a Public Library with an awning which has nothing to do with the old railway station. There is no comparison at all. This is not acceptable at all. We need to be more sensitive to our cultural heritage and rebuild the Attard Railway Station to the original architectural Victorian design. The Malta Railway Foundation will not be taken for a ride.’

Many commented to express their anger at the project. Colin Johnson wrote that ‘The proposed Monstrosity is an insult to the memory of the glorious structure that was Attard Railway Station – it should be restored to its original glory – encompassing the information centre within it’s structure. To enhance the information centre lay a couple of track lengths outside to give a true sense of what things were like. Longer term a replica loco and carriage could and should be the target.’

Others echoed Colin’s sentiments, expressing how “sad that the unique heritage of your [Malta] island is not regarded as an important part of your future. Once it is gone it will be forgotten. Good luck in changing the council’s design.”

A meeting with the Attard Local Council is scheduled for Wednesday 6th February 2019.

“The Malta Railway Foundation does not agree with the proposed design of the new building as it will not be restoring history,” founder Paul Galea told Times of Malta.

“If we’re going to build something from scratch we should at least make the outside of the building as close as possible to the original Victorian one, and adapt the indoors to our needs.”

In 2018, the local council announced that Malta’s only remaining railway embankment is being restored and incorporated into a walking heritage trail leading to an information centre.

The argument for restoration and recreation over a new design is driven forward by the mounting pressure NGOs and public groups are exerting on projects that impact Malta’s architecture. It’s not just sentiment that’s in their favour, however, the numbers are too. Malta’s vernacular architecture remains the key driver of tourism in Malta. And it’s not just tourists that benefit from cohesive and aesthetic beautiful architecture. We now know, for example, that buildings and cities affect our mood and well-being, and that specialised cells in the hippocampal region of our brains are attuned to the geometry, cohesion and arrangement of the spaces we inhabit.

Here are some videos about the Malta Railway Station we think are worth a watch:

Tell us what you think below:

Show your support and stay up to date!