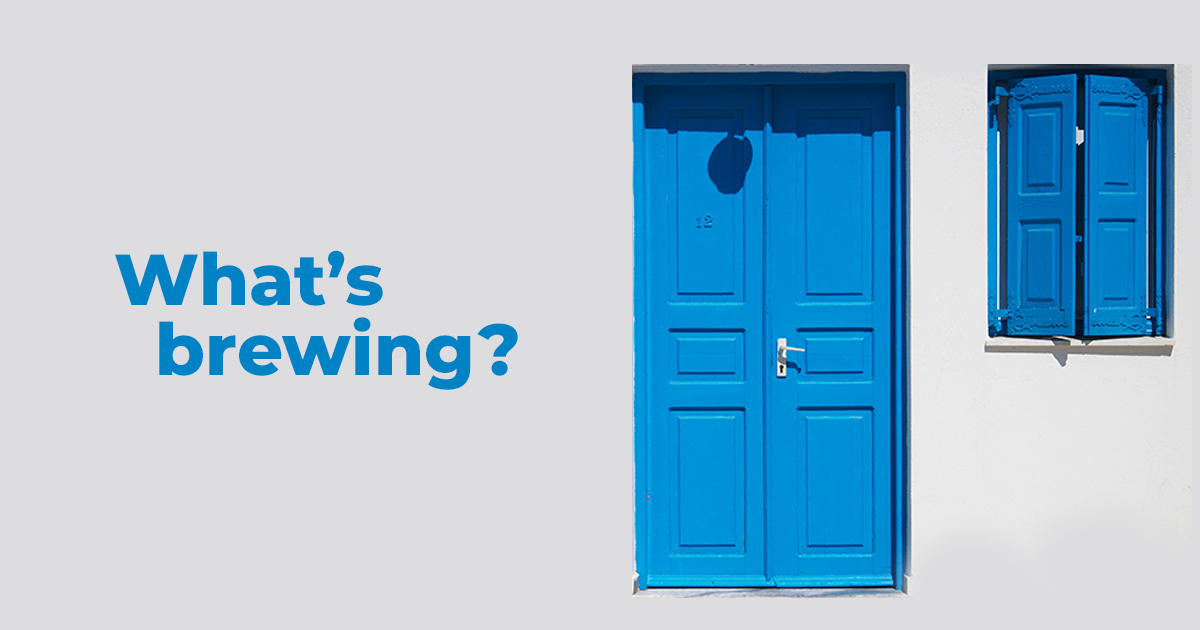 It’s hard to stay on top of what’s happening when there’s 4 new headlines popping up on our news feed every hour.

We put together a round-up of local developments, proposals for policy changes, and opinion pieces that we think are worth to keep an eye on as a homeowner living in Malta. To narrow our scope down to what’s most relevant, we focus on news, headlines and developments that are currently attracting the attention of local figure heads, experts and media organisations.

NGOs expressed incredulity upon finding out that the Malta Developers Association (MDA) and the Nationalist Party (NP) were pushing to remove basic obligations on tenants and landlords from the Residential Leases Bill draft, as well as noting how the Bill doesn’t tackle the predominance of short-term contracts or the issue of extremely high rent prices.

The NGOs clarified that such obligations, relating to rules of basic decency, don’t result in fixed prices or imposed leases beyond contract periods, so landlords wouldn’t be losing out on anything with their inclusion.

By not recognising these obligations, non-regulation (such as renting without a contract) and tax evasion by landlords will continue to harm those in certain financially difficult and/or vulnerable situations. These obligations would empower tenants to report landlords who don’t register contracts.

2. Landlords threaten to withdraw properties if laws go through

Threats were made by certain landlords that they would withdraw their properties from the rental market should such laws go through, which prompted the Malta Consumers’ Association to clarify that while landlords have the right to receive an income from their property, tenants also have their own rights, namely that a landlord cannot deny them a roof over their head by cornering the rental market.

An MDA spokesperson explained that landlords are most likely reacting to the 1979 experience that left many landlords scarred after leases were turned into permanent contracts by the government. Furthermore, landlords are also concerned that tenants could abuse of one of the proposed laws that would require landlords to give an eviction notice of three months.

About this, the Consumers’ Association stated that, regardless, tenants have a right to know when their contracts will expire.

Follow up: Malta consumer group hits back at landlords

3.Public concern over lack of transparency in Paceville tunnel project

Concerns have arisen concerning the fact that further information on a large-scale four-tunnel project in the Paceville area hasn’t been released to the public yet, a project that would affect thousands of St. Julian’s, Pembroke, and Swieqi residents.

This follows in a recent trend of criticisms made about the Malta Planning Authority for its decision to restrict public access to pending applications until their publication in the Government Gazette or a note placed on their website. Until then, these applications would simply be listed as ‘incomplete’. Environmental groups criticised this decision, claiming that it was made with the intention of giving less time to objectors to file their complaints.

Follow up: Not clear when new paceville tunnel plans will be publicly available

A three-storey industrial garage complex could end up literally overshadowing the late 19th-century Orientalist-styled Ottoman-Muslim cemetery in Marsa, should the development application be approved.

Architectural historian Conrad Thake spoke out against this proposal, considering it barbaric and an affront to the Maltese national identity, as the proposed development would totally compromise the setting and visual sight lines. The proposal covers a partially developed abandoned area adjacent to the cemetery.

Three years ago, a similar attempt had been made to construct a fuel station on the same site, sparking controversy and even the objection of the Turkish embassy, which is currently financing an intensive restoration of the cemetery.

5. Construction cause behind cracks in 17th-century chapel 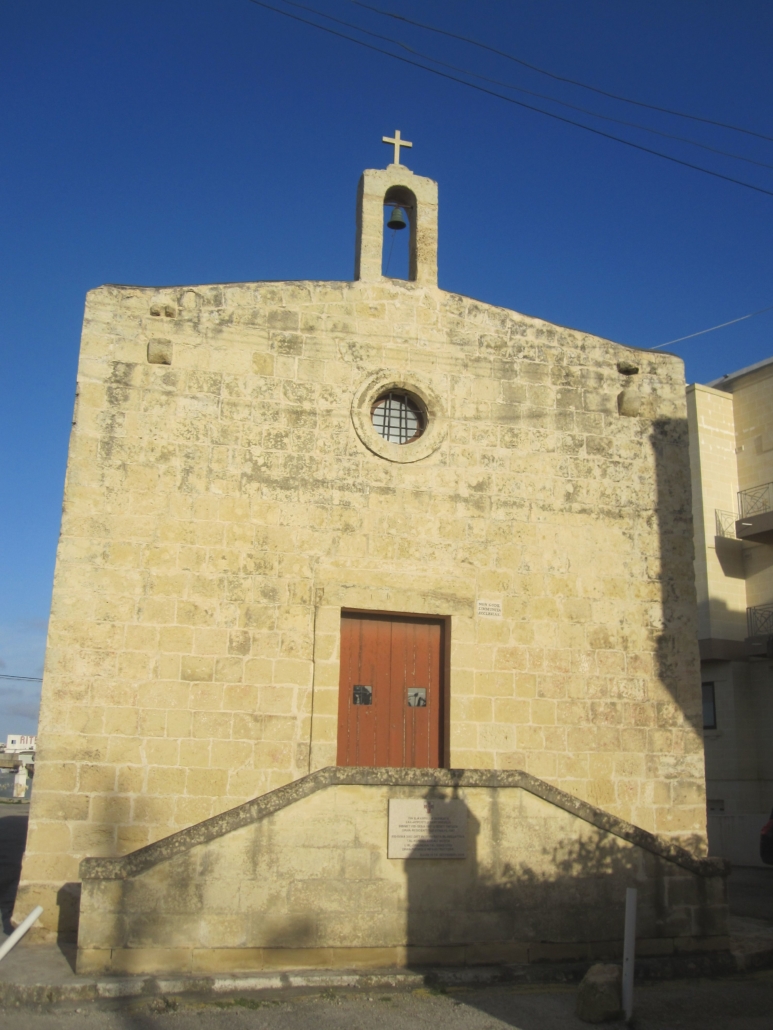 On a similar note, cracks have started appearing in a 17th-century chapel in Mosta as a result of adjacent construction, prompting the Church to blame the Planning Authority after a PA officer and the Church voiced concerns that the request should be denied due to the potentially adverse effects the construction would have on the chapel. The proposed building will also tower over the chapel, further diminishing its aesthetic quality. All of this comes after a 2002 funding given to the chapel by the Restoration Unit that enabled its restoration.

Another tunnel project underway in Santa Luċija has unearthed potential archaeological remains, prompting investigations that led to the confirmation of tombs and other structures by Infrastructure Malta, as well as the assurance that the project, concerning electricity, water, and internet connections, would be modified to take the structures’ safety into consideration, such as changing rock-cutting techniques to avoid damage to the remains. Separate access structures will also be made so that studies of the site can continue undisturbed, as had been done in a similar case in Żurrieq.

A recent anti-development protest saw protestors, wearing dust masks and holding plants, marching through Valletta in response to a surge in overdevelopment, road-widening projects, and building collapses. Activist Wayne Flask, a member of Moviment Graffitti, was one of many speakers who blamed the Nationalist and Labour Parties for the gradual destruction of Malta’s environment. Ramblers Association member Ingram Bondin stated that the Planning Authority’s laws were designed to have loopholes to allow developers to do whatever they like. This follows another protest that took place in Attard, where activists tied themselves to trees as a response to one of many road-widening projects that resulted in the uprooting of more than 500 mature trees.

Read our article about the protest to find out more about the demands made. 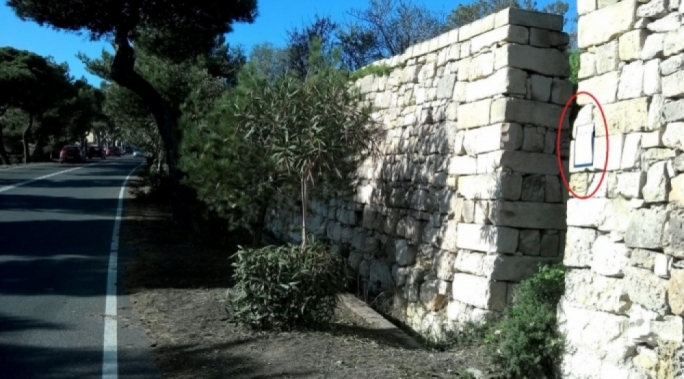 Raphael Vassallo believes that the distinction between developable and non-developable ODZs always left ‘room for interpretation’ and blurry distinctions, highlighting a tiresome political back-and-forth blame game between the two major political parties. His point, however, is that our focus should not be on who began it, but who is responsible for changing it now. 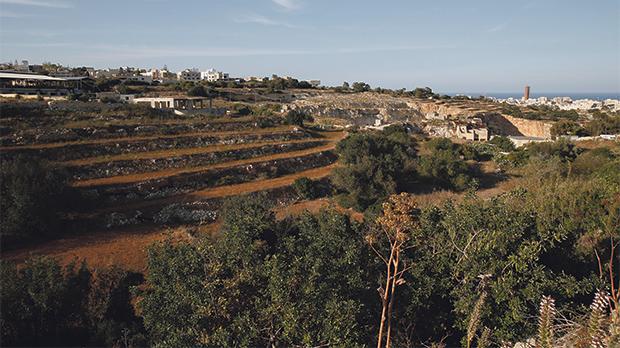 The proposal for a guesthouse in the Wied Għomor valley in St. Julian’s brings to light the frightening reality that proposals can be made in any area, regardless of whether it’s ODZ or not. The Swieqi and St. Julian’s local councils have called for this proposal’s rejection as the Wied Għomor valley falls within a Level 4 Area of Ecological Importance, and is listed as an area of high landscape sensitivity.

10. Deputy President of the GRTU speaks

Such sentiments – of conserving Malta’s traditional Mediterranean appeal and charm – were repeated by Philip Fenech, Deputy President of the GRTU responsible for Tourism and the Hospitality sector, stating that the rise in tourism brings with it a rise in businesses, such as supermarkets and furniture stores, catering to those tourists seeking private accommodation, as well as a demand for music concerts. This explains Infrastructure Malta’s €700 million seven-year road master plan programme. There are concerns over the obvious detriment this is having on Malta’s natural environment, which Fenech believes can be remedied by tracking trends in hotel and apartment applications in an attempt to guide investors in a way that would avoid overcapacity. Furthermore, Fenech believes it is obvious that, given the rise in pollution as a result of this surge in tourism, more trees need to be planted, giving importance to open spaces left for such planting, as well as the importance of integrating roof gardens.

Follow up: Malta’s appeal and charm should be central to future development

11. Wolf in sheep’s clothing or an unexpected ally?

The MDA recently said that it would be lobbying the Planning Authority for a change in planning policies to prevent piecemeal developments in an attempt to protect Malta’s urban areas. The MDA referenced an apartment block development in Marsalforn of separately owned apartments where one owner was granted a permit to build an additional floor. A photo was taken to show how the block had become an eyesore due to it no longer being a straight line. The MDA criticised the Planning Authority for allowing such aesthetic issues to slip through simply because they are smaller, individual permit requests, believing that the aesthetic integrity of local streetscapes should be a deciding factor in whether the request is approved.

A proposed master plan for the American University of Malta in Cospicua includes a new educational building as a new wing to the Knights Building. The most jarring part about this proposal is the obstruction of the Isla bastions. Local entrepreneurs and citizens have expressed disappointment at this news, considering numerous requests had been made in the past for the building’s restoration.

A number of floors could be added to existing offices in Old Bakery Street in Valletta. Requests have been made to revise proposals in order to limit the addition of floors to just one floor, as further development could lead Valletta’s streetscape and skyline being negatively affected.

DO YOU HAVE A STORY, A PERSON OR A PLACE IN MIND?

A look inside Casa Perellos in Żejtun, where Malta’s first female doctor worked

Expats: Renting or moving to Malta? Patricia’s Youtube channel is here to guide you

When your animals are your family, keeping them safe is our number one priority. Yet, plants, a common household decoration, are some...
Read more

A look inside Casa Perellos in Żejtun, where Malta’s first female doctor worked

In Malta, houses and heritage hold hands; and one shining example of this is Casa Perellos in Żejtun. We've spotted this Baroque...
Read more