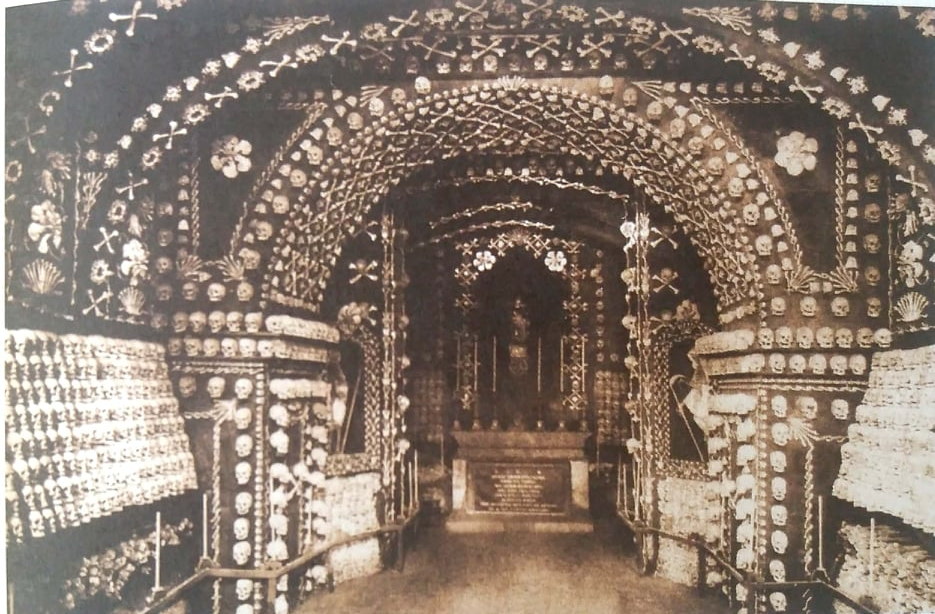 For the last three weeks, we set out to learn as much as we can about houses and places in Malta where infamous murders have been committed. We peeped into the archives of established local publishers and media houses, consulted books, asked police commissioners – we really got invested into this.

We all like to think of Malta and Gozo as this idyllic innocent archipelago in the Mediterranean, but any true local will tell you, when it comes to having a dark side, no one does it better than us.

We’ve read many an article on possessed houses before, but what about murder houses?

Between the 19th and 20th centuries alone, around 450 homicides were documented on our island. How would anyone feel knowing a gruesome murder took place in a house just streets away from their own? Knowing you’re a few blocks away from that can make any brave soul feel uneasy. In the spirit of Halloween, this week House.mt is giving you some extremely chilling real-life stories of different houses where real evil took place.

The pictures used for many entries in this article can be bought at BDL books in San Gwann: Delitti f’Malta, by Edward Attard €20; Bizarre Malta, by Fiona Vella and Oliver Gatt €15. With special thanks to the Commissioner of Police, Marlene Falzon, for providing great and helpful information.

The Notorious Case of Ġiġa

A story that’s confusing as it is interesting, the case of Luiġa (Ġiġa) Camilleri is one of the most well-known homicides to have happened on our isle. Everyone and their grandmother can tell you the story of Ġiġa and the brutal murder of her eight-year-old son, Anthony (Twannie) Aquilina in 1960.

The Murder: Initially, a call was made to the police stating that the boy died by falling on his head. When Constable Carmelo Attard arrived at the scene, however, it was a completely different story. Twannie Aquilina was found partially beheaded in his parents’ apartment at 102, St Dominic Street, Valletta. Twannie had first been beaten with a deadbolt, leaving three deep lacerations in his skull.  The boy was still alive, albeit probably unconscious, when his throat was slit. The murder weapon, a bloody bread knife, was soon discovered in a kitchen drawer soon after the boy was found.

This crime shook the Maltese society to its core. The prime suspects were the boy’s mother, Ġiġa, and his step-father, Leli Camilleri. Both parents had alibis ready, and had similar stories as to how they found the boy. Ġiġa’s daughter, Carmen, was sent to check up on Twannie while her mother and younger sister were playing tombla. When she reported her findings to her mother, they raced back to the house to find Twannie drenched in a pool of his own blood.

Scotland Yard even assisted with this case, and soon after, Ġiġa and Leli were arrested. Details of the sinister crime began to emerge when the trail began on the 25th February, 1961.

The House: No other family has occupied the Camilleri house since the murder occurred. The fact that the house has remained barren over more than 60 years just adds to its eerie and disturbing feel. Rumours have even gone around as to whether the house is haunted by the ghost of the young boy.

The Bones of St Gregory Church

For several years, the elderly of Żejtun claimed that people were buried around the dome of their old parish church of St Catherine, popularly known as St Gregory’s. Many searches proved futile and many believed this was only a legend until a momentous discovery on the 12th of March 1969 confirmed they were right, but not completely. Human remains were found in secret passages within the Church. However, these passages were not located around the dome but within the walls of the church’s eastern transepts, running beneath the roof. 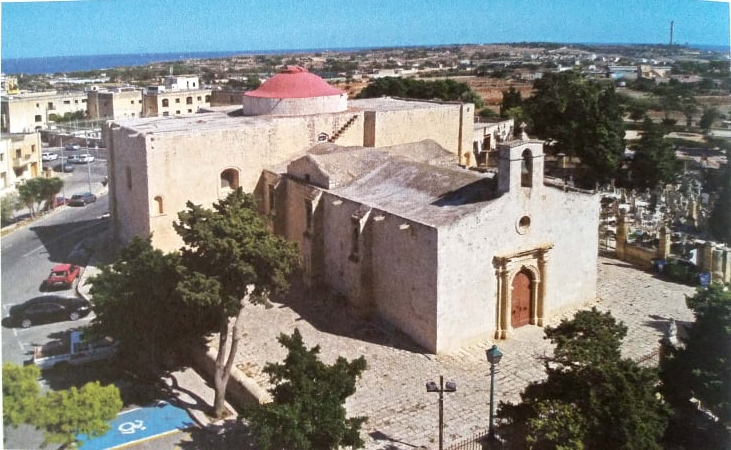 Murder: Local legend suggests that these people were buried alive after being discovered hiding during the Ottoman siege during 1614. However, this theory fell through after the bones were properly studied in 1978. The study concluded that these bones were exhumed and moved from a cemetery. Interestingly, the study also showed that the deceased were killed at around the same time.

This story is shrouded in mystery – more questions came out of the find than answers. What killed these poor individuals? Why were they moved from their original burial site? Who were they?

Church: The human remains have also led to another mystery since, to date, no one knows why they were found in these secret passages.

On the 1st August, 1970, a report came in concerning the murder of 29-year-old mother and barmaid and prostitute, Marija Grech – nicknamed Marija is-Sewda. Marija Grech was found in a bathtub (taż-żingu) at her house in Triq il-Funtana, Valletta.

The Murder: Marija’s body was found naked in the bathtub with various cuts and stab marks all over her body. She was discovered the day after her murder by a couple of village children who managed to enter her house through a balcony door. This was no casual break in, however. One of Grech’s neighbours asked the children to break into the house because they were worried about Grech’s well-being.

The murderer, it turns out, was an American sailor who met Marija at a bar where she was working. 19-year-old Huston Eugene Featherstone from Chester, Pennsylvania, located the knife he used to murder the victim still covered in blood in her side drawer. He was sent to a mental institute when it was discovered that he was not of a sound mind.

The House: Marija Grech’s apartment was the scene of a very gruesome crime. No one is sure what Featherstone’s motive was – whether it was sexual or otherwise. The house has since been reputed for being one of the many haunted houses in Valletta.

In 1981, Rose Casaletto was found drowned in her bathtub. The murderer? Her husband, Francis Casaletto.

The Murder: Francis Casaletto told police he found his wife in the bathtub when she was already dead. When police interrogated him, the husband told them that he and his wife had had an argument just before she died. Rose suspected Francis on having an affair and confronted him about it just before she began to fill up the bath with water and wash some clothes.

Francis said that he tried to stop her from her chores to talk but she turned and scratched him. It was for this reason that he decided to leave her be and exit into the sitting room. After a while, he went in to check on her but found her face submerged in water, with one hand holding down her neck into the bath.

Francis’ story kept changing after that, and their daughter told police that even though she wasn’t in the room with her parents, she heard her mother shouting in protest: ‘No, no. Ouch!’ When she went down to investigate, her father pushed her back to her room with the sinister threat to kill her if she didn’t do as she was told: ‘Stay there or I’ll kill you!’ Francis’ mistress also confirmed that he was trying to find a way to dispose of his wife in order to be with his new lover.

With all the evidence mounting up against him, Francis Casaletto was soon found guilty for murdering his wife and sentenced to prison.

The House: The Casaletto murder is one that won’t be soon forgotten in the Maltese memory. These are people who couldn’t control their anger,’ Sergeant Major Garcia commented. The house was never lived in after the murder, and has been converted into a veterinary clinic. However, it is believed to be haunted by the ghost of the betrayed spouse.

A more recent case is that which happened this year in Għaxaq. Joseph Bonnici admitted to killing his 70-year-old mother, Maria Lourdes Bonnici, and his 29-year-old sister, Angele. This murder was said to mirror a similar crime which happened 19-years prior by Joseph’s own father.

The Murder: After the two women were reported missing, police began their search for the mother and daughter. To everyone’s dismay, their bodies were found with multiple gunshot wounds and buried between a room and a stone wall in an area known as Sant Kristu in Għaxaq itself. From police investigations it was believed that they weren’t killed there but dragged to the location after having already been murdered.

The husband and father of the two women respectively, Paul Bonnici, reported them missing after they failed to visit him in prison. Bonnici is serving a 31-year sentence for the double killing of his neighbours 19-years ago.

The House: Murder haunts this family and, now, this house as well. Not only did the Bonnici family had to suffer the loss of their father when he was sent to prison for homicide, but now every member of the immediate Bonnici family is either dead or sentenced for murder. Police have in fact sealed the residential garage. No doubt that this, now barren, house will remain the topic of hushed gossip and hearsay for the years to come. 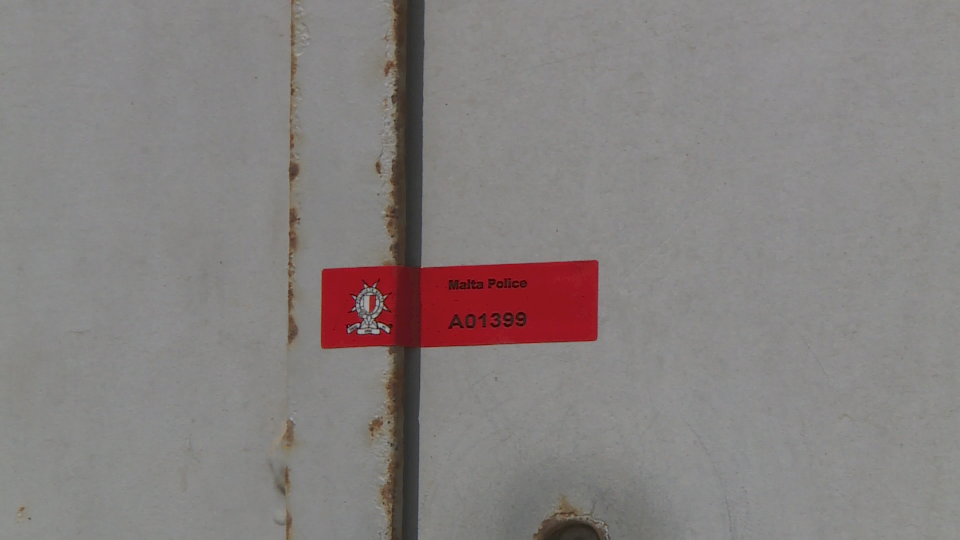 The Chapel of Bones

Located in Valletta this underground chapel was very popular with tourist and locals because of the fact that it is decorated with human bones. A few eerie places can be found all around the world; at least two of them were in Malta – that’s right, we’ve got two churches of bones! While the Capuchin crypt in Floriana still exists, it is dubious whether the Chapel of Bones that was located close to Fort St Elmo, has been completely destroyed or not. 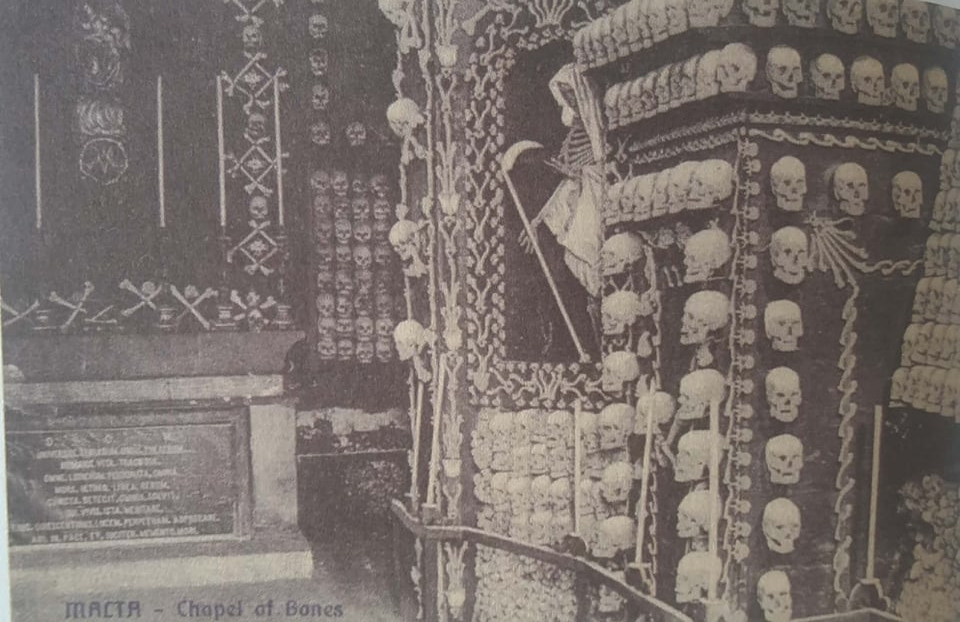 There are two versions as to the macabre display of bones around the church walls. One being that, in 1847, Fr G. Zammit, the chaplain at the civil hospital, decided to decorate the crypt with human bones (because anything else surely wouldn’t have done!). The second theory says that, in 1895, a chaplain of a nearby hospital removed the human remains from a hospital cemetery and used them to decorate the underground chapel.

And now that we’ve given you material, it’s time to go out and creep out your friends.

Too far, or not enough? The 8 Big Changes Hitting Landlords & Tenants in Malta

This is what a Maltese apartment block should look like

Tired of the boring apartments designed like a matchbox? So is just about everyone, and for this reason, we decided to go...
Read more

Move over concrete?Well.. not really. As in most scenarios, the answer may be a mix of both.
Read more